On March 31, 2022,  at approximately 12:21 AM, North Sacramento CHP units responded to an active sideshow located on National Drive at Vista Park Court involving 50-60 vehicles and spectators. A light blue Dodge Charger was actively spinning doughnuts, while the left rear passenger was partially hanging out of the rear window with a cell phone in hand, and wearing a light grey hooded sweatshirt. The Dodge Charger ultimately struck a spectator causing major injury to the pedestrian and fled the scene.
Check out the video:    ChargerVideo.MOV

At 11:36 p.m. on Friday, March 25, 2022, the Sacramento County Sheriff’s Office Communications Center received a call from a citizen on the 1300 block of Hood Franklin Road stating he had been shot in the torso while driving east bound.

Deputies arrived and located the adult male victim who was alert and talking even though he had sustained significant injuries after being shot in the stomach and lower back. The victim stated he was driving his vehicle when another vehicle pulled up next to him and forced him to pull over. Once pulled over, the driver of the suspect vehicle began shooting at the victim who was seated in his Land Rover. While being shot at, the victim was able to crawl over to the passenger’s side, exit his vehicle via the passenger’s front side door and escape into an open field.

Deputies recovered more than 60 shell casings and observed 20 plus bullet defects on the driver’s side of the victim vehicle. At the time of the incident, the victim could not provide investigators any suspect information.

Does anyone know this man?  Know the logo on this hoodie?  The picture on the back of the hoodie?  This man was in a backyard on March 29, 2022, and had a baseball bat stuffed up his right arm sleeve.  He had what looks like a garrote in his left hand.  He walked around the yard looking in every window and then climbed on the roof and broke a window before running way. 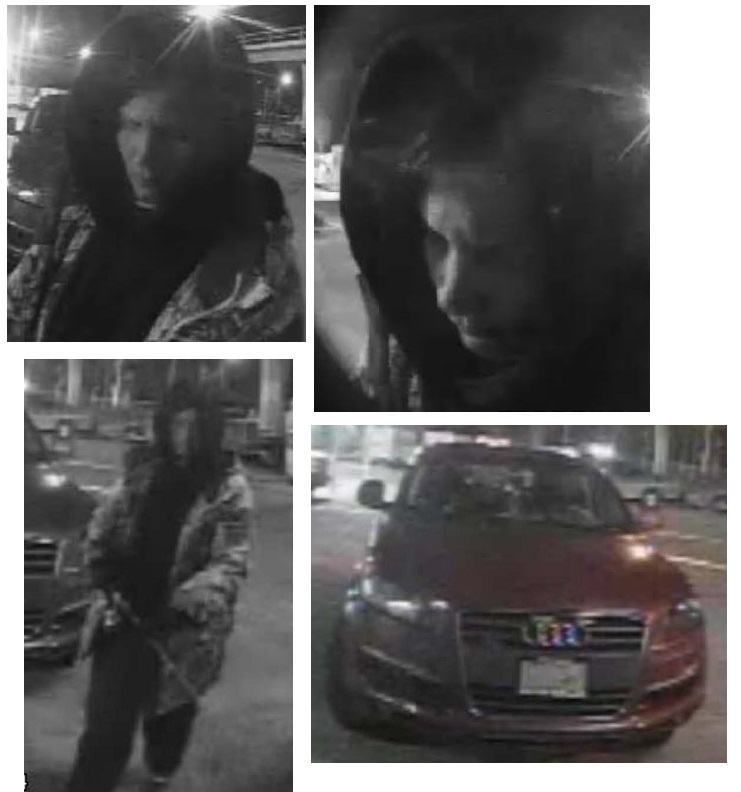 On March 7, 2022, at 12:34 PM, Suspect #1 entered the Raley's on Natomas Blvd.  He walked to an unattended register and opened it with a key, removing cash before leaving.
Since February 10, 2022, both suspects have committed this same crime at six separate Raley's throughout Sacramento County.  They have been observed leaving in a possible 2001-2007 Dodge Caravan.

On February 28, 2022, the suspect stole a U-Haul moving truck from the U-Haul on Florin Road. The suspect arrived in a Purple PT cruiser and stole the key out of the key drop box. He then walked over to the moving truck and drove off, followed by the Purple PT Cruiser he originally arrived in. After the theft had occurred, a nearby gas station owner contacted the manager at U-Haul and advised them the person who stole the truck was observed stealing from their gas station previously. The moving truck has been recovered; however, the suspect is still outstanding.

On February 24, 2022, at about 2:00 PM, three suspects robbed the victim by force at the Dollar General on Harris Avenue. 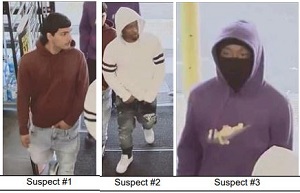